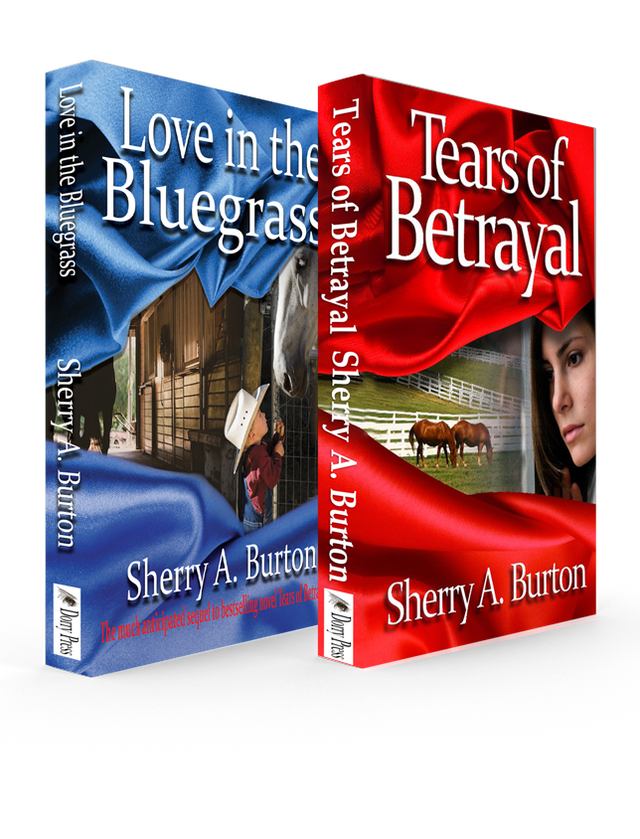 Tears of Betrayal & Love in the Bluegrass two book set.

Amber's world is shattered when her husband Jeff dies suddenly in an accident. On the day of his funeral, in the midst of her grief, she is blind-sided with divorce papers, served only hours before the service. Forced to face how flawed her marriage truly was, Amber finally begins to deal with the lies and deceit that were at the very foundation of her relationship. When the ruggedly handsome Kentucky horse breeder Dalton loses his beloved wife shortly after the birth of their child, he thinks he will never find love again. Four years later, he knows something is missing from his life, but just can't seem to place it. Until he meets the raven-haired beauty - the woman of his dreams. Will Amber overcome the fear of being hurt again and find true love? Will she be able to see clearly through her tears of betrayal?

Love in the Bluegrass

In this sequel to the much-loved book, Tears of Betrayal, it’s been three years since Dalton and Amber married. So far, their blended family seems to be settling in. Still, there is plenty of room in their hearts and home for another child, a child they’ve yet to conceive. Just as Dalton convinces Amber that adoption is the way to expand their family, Julie, Amber’s daughter from her previous marriage, uncovers the secret Amber’s been hiding from them all. She has been offered full custody of Daxton, her deceased husband’s love child. Can Amber let go of anger from the past to give an innocent child a home, or will the child be yet another victim of her late husband’s deceit?