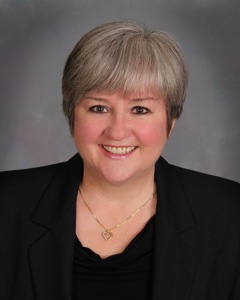 Born in Louisville, Kentucky, Sherry was raised in the small town of Fairdale, a suburb of Louisville. Since eloping with her now-retired Navy husband to Tennessee shortly after turning eighteen, Sherry and her Navy husband lived in Kentucky, California, South Carolina, Michigan, Wisconsin, Virginia, Connecticut, Rhode Island, and Pennsylvania. Living in different areas and meeting new people from vastly different regions has been a unique gift she is grateful for.

Sherry got her start in writing by pledging to write a happy ending to a good friend who was going through some really tough times. The story surprised her by taking over and practically writing itself. What started off as a way to make her friend smile started her on a journey that would forever change her life.

Sherry readily admits to hearing voices, and is convinced that being married to her best friend for forty-one years goes a long way in helping her write happily-ever-afters.


Sherry writes children’s books under the name Sherry A. Jones

Sherry is currently working on the sixth book in The Orphan Train Saga - a historical fiction series that revolves around the Orphan Trains.
​
Sherry and her husband have returned to their adopted state of  Michigan, to be closer to their children and grandchildren. She spends most of her time writing from her home office, and greatly enjoys traveling to Libraries, Schools and other venues where she shares her books and gives lectures on the History of The Orphan Trains. Sherry also offers virtual lectures.

Discovery - book one in The Orphan Train Saga- has won numerous awards and is endorsed by the National Orphan Train Complex.

In June of 2022, The National Orphan Train Complex presented Sherry with the prestigious Charles Loring Brace Award for the historical accuracy within her orphan train books. 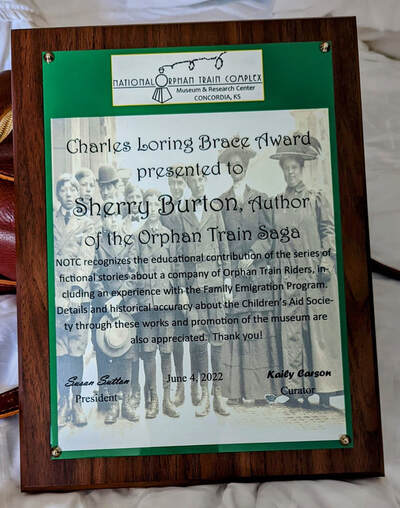 Follow me on Amazon to keep up with new releases

My happy place! Wally (Manx cat) and Murdoc (standard poodle) seem to love it too, as they are always nearby.