Call it a premonition. Call it intuition. Call it anything you like, but Pennsylvania State Trooper Jerry McNeal simply thinks of it as “that feeling.” That feeling may come on without warning, so intense he can’t breathe. Or, it may be a gentle nag that pulls at him until he decides to do something about it. He never quite knows what “it” is until he gets there, but when he arrives, he always knows he’s found what he is looking for.
During one of the biggest snowstorms of the year, Trooper McNeal feels that familiar stir. An unease that grows with each flake that falls. Its intensity pulls at him until Jerry has no choice but to venture out onto the treacherous roads, following an invisible pull that grips at his very soul.  Tonight, that feeling is going to take Trooper McNeal into a blizzard when the streets are supposed to be empty to save a life that would have otherwise been lost.
Only tonight, Trooper McNeal is not going alone… ​
Order your signed copy
Amazon Kindle

Pennsylvania State Trooper Jerry McNeal thought resigning from the State Police Post would free him and Gunter - his ghostly K-9 partner - to channel their intuition for the greater good.

What he didn’t count on was just how many people would show up on his psychic radar at every turn.

What is supposed to be a brief trip to Louisville, Kentucky to take Cat to his new home becomes an extended stay the moment Jerry sees a photo of Savannah’s wife, Alex, in her police uniform.

Jerry, his PTSD ramped up, needs all of the paranormal resources at his disposal if he is going to be able to navigate a city full of seven hundred thousand tourists during Derby festivities and save the life of this police officer. With Gunter and Savannah ready to help, the race is on. But will the ex-State Trooper, psychic medium, and a ghostly dog be enough to save the day?

​After the discovery of a second victim in Port Hope who closely resembles his childhood friend, Jerry and Gunter find themselves traveling to Niagara Falls, NY. Jerry feels certain he is dealing with more than a random coincidence. A feeling that is soon backed up by a visit from the spirit of another of the man’s victims.

Jerry will need to use all his paranormal resources if he and his ghostly K-9 partner Gunter are going to convince authorities they have a serial killer on their hands.

Things get even more complicated when the police want to know how Jerry just happens to know where all the bodies are buried, further threatening to destroy his former boss Seltzer’s career if Jerry doesn’t come clean about how he is able to solve another unsolvable case.

Having no other choice, Jerry must tell them of his communication with the spirits of the deceased. Will the detectives believe him, or will Gunter soon be forced to visit Jerry in a ten-by-ten cell? 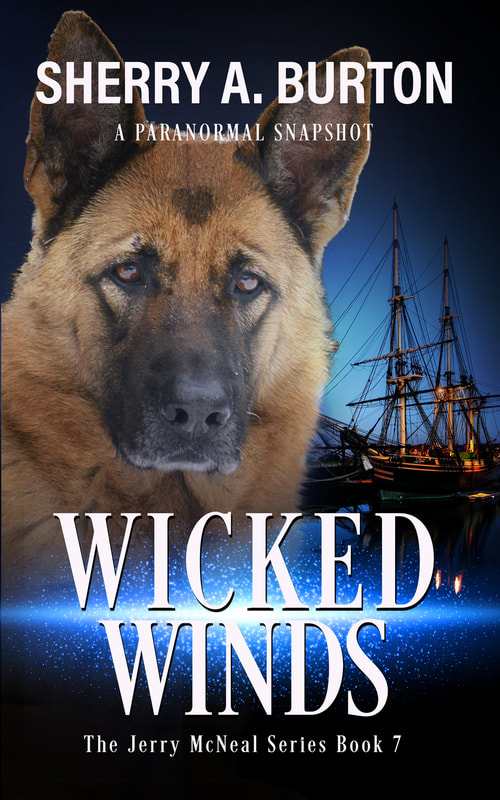 ​In this seventh installment of the Jerry McNeal Series, Jerry and Gunter travel to Salem, Massachusetts to track down yet another victim of the Hash Mark Killer.

Finding a ghost in a city known for its haunted past isn’t hard – finding the precise spirit they are looking for proves to be slightly more difficult. Once discovered, they must begin the tricky task of convincing the woman she truly is dead.

If things aren’t challenging enough, Jerry’s intuition has him questioning his own personal safety as he and Gunter are now on Mario Fabel’s stomping grounds.

While Fabel has not threatened him, it doesn’t take special powers to know there is more to the man than meets the eye.
Will Jerry and his ghostly K-9 partner be able to slip in and out of the area undetected, or will the man with a reach deeper than his pockets find them and make Jerry an offer he cannot refuse?
Pre-order on Amazon Kindle
Pre-order signed copy 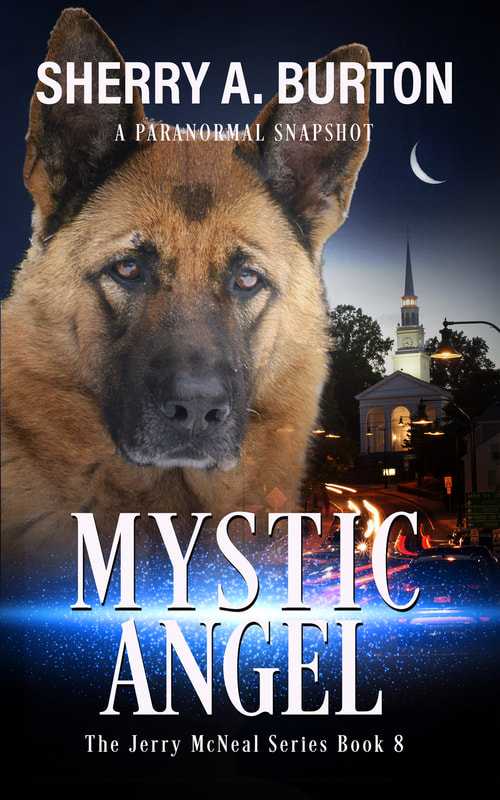 In this eighth installment of the Jerry McNeal Series, Jerry and Gunter find themselves diverted to the seaport town of Mystic, Connecticut. Jerry’s reputation of solving the unsolvable is opening unexpected doors as he is asked to help solve a case of a child who went missing without a trace over a year ago.

Though authorities know there is little hope of finding the child alive, they are hopeful Jerry will be able to help nail the person they believe responsible for her disappearance.

Will Jerry and Gunter be able to solve yet another unsolvable case?

Or will yet another mischievous spirit become an obstacle for Jerry and his ghostly companion?