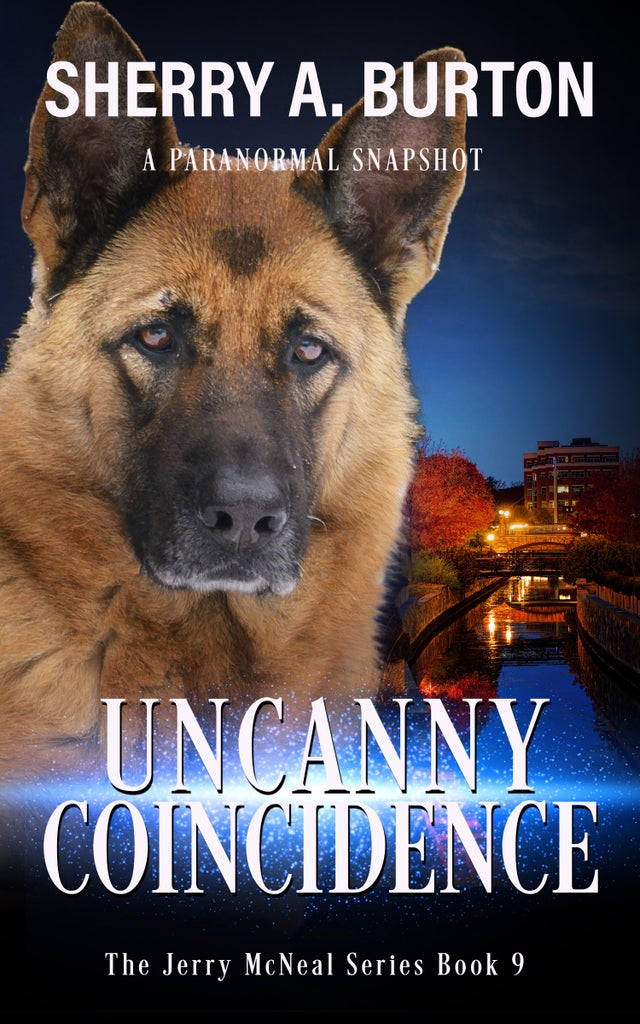 In this ninth installment of the Jerry McNeal Series, Jerry and Gunter are once again on the move. Worried when Doc fails to answer his cell phone, Jerry and his ghostly K-9 companion waste no time heading to Maryland to check on the man who has always put himself before others.

Meanwhile, Fred and Barney tell Jerry of another victim of the Hash Mark Killer. One lying in an irreversible coma only a short distance away.

After Jerry realizes his gift will allow him to reach the woman who is hovering between the realms, he decides to bring in Max to see if, together, they can finally put a face to the Hash Mark Killer.

Will Jerry be able to help the family of the latest victim let her go? Or will she be condemned to spend the rest of her ‘life’ in the equivalent of an above-ground grave?

Find out in Uncanny Coincidence.